Skip to main content
Labels
Posted by The Attic October 18, 2007

The Department of Museum Studies’ Research Seminar programme kicked off on the 10th October, with the welcome return of Liz Carnegie, from the University of Sheffield. Liz’s engaging seminar, Catalysts for Change? Museums of Religion Within Contemporary Society looked at the role of museums of religion in an ever changing world. 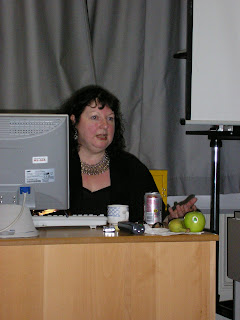 Her central question was, are museums catalysts for change, or do they follow society rather than lead it? Ultimately, Liz believes that museums of religion tend to reflect what is going on in wider society. But to illustrate her argument, Liz presented a couple of case studies drawn from the very limited number of museums of religion across the world (she estimated four in total): The Museum of the History of Religion in St Petersburg and the Museum of World Religion in Taiwan. Both have very different histories and are housed in very different locations, but both seek – through different ways – to present religion to a general audience.

The Museum of the History of Religion, St Petersburg was the museum which interested me most. Formerly the Museum of Atheism (it was founded in 1932), it is housed in the Orthodox Cathedral, at the museum’s inception, a secular place, but now restored as a site of worship. Its original interpretation cast religion as folk belief (unsurprisingly, given that it was created during the Soviet Union). But, while it once explored religion as a cultural phenomenon, it is now used by its audience as a museum of orthodoxy, in a cultural context of renewed interest in religion, and has become a locus for the reclamation of faith in the post-Soviet context.

In contrast, the Buddhist-run Museum of World Religion, Taiwan, is a new venture housed surprisingly (but, apparently not unusually in the Far East) in a shopping mall! Its aim is to present a multiplicity of religious choice in a pluralistic society, and as such it attempts to cover all world religions (unlike its Russian counterpart). It presents a very positive view of faith and doesn’t, according to Liz, deal with the ‘dark side’ of religion in any concerted way, unlike St Mungo’s in Glasgow. Liz has undertaken field work in this location and is beginning to formulate some conclusions with regards to visitors and their motivations for attending museums of religion. 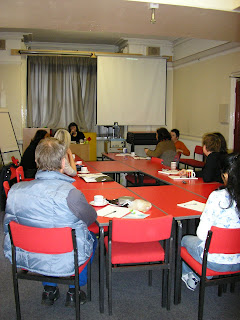 Overall, Liz’s presentation was really interesting and prompted a lot of debate amongst the seminar attendees. University of Leicester, Museum Studies PhDs will be able to access a recording of her seminar, and the Q&A session that followed from Blackboard shortly.
Labels: Department events Research seminars Reviews